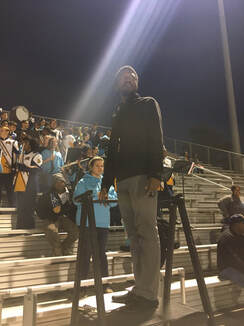 Mr. Jenkins began his teaching career at P.S. Jones Middle School in Washington, NC, where he taught band and general music for four years, before beginning his tenure at RMHS in the fall of 2016. In December of 2018, Mr. Jenkins received his Master of Science in Education Administration from the University of Kansas... Rockchalk_Jayhawk! The 2020 school year will begin Mr. Jenkins' fifth year as the director of the RMHS band program. 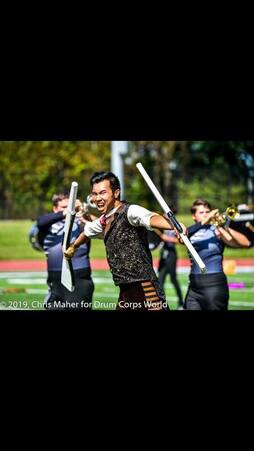 We are pleased to announce that Nguyen Dao will be returning to our marching band staff for his second season. Nguyen graduated from Cary High School in 2019, where he was a member of the band and color guard for 3 years, and was a WGI Scholastic A finalist in 2018-2019. Nguyen spent the 2018-2019 season marching with Carolina Gold Drum and Bugle Corps where he earned two DCA Gold medals. Nguyen has also participated as a member of the First Flight Independent World Color Guard.
Powered by